Imagination Is The Key to Successful Accomplishment 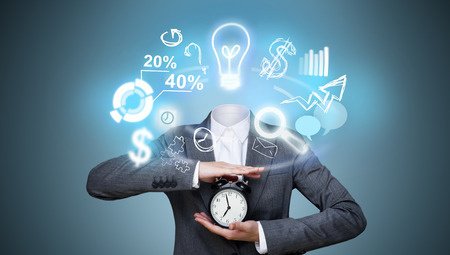 When my daughter was 8 years old she wanted to join girl scouts. There was no one available to lead the group. I happily volunteered. The girls were big on earning badges, requiring frequent field trips; i.e. a lot of driving. The girls knew I would drive them anywhere, however, there was one caveat. There was no talking allowed in the car!

I drove a Lincoln Town Car Cartier fully equipped with every available button and gadget. There were a lot of business dinners and business meetings on the agenda those days. A fellow business partner was driving my daughter, her friend and I back from such a dinner when Rachael & her friend started getting loud and giggly, making it impossible to carry on a conversation. Without warning my partner turned around to face the girls as he said, we are having a very important top secret meeting and you need to stop talking right now or I will be forced to push this eject button, his hand hovering over one of the many controls on the dashboard. The girls became immediately silent.

On the very next field trip a few girls, new to my car and rules, were getting pretty loud. My daughter said, you have to stop talking right now or my mom will be forced to push the James Bond eject button pointing to “the button”. One of the girls laughed and said you can’t do that, when Rachael’s friend chimed in and said, oh yes, I’ve been in this car before and I saw it! From that day forward all the girls were always quiet in my car.

I have never been involved in any type of car accident because of three (3) things, driving with one eye looking out of the rear view mirror, one hand on the horn and of course no talking, radio or other distractions while driving. Have you driven anywhere today without encountering a car crossing over the lane only to see a driver on a cell phone? Or a speeding driver, changing lanes and road rage tailgating? My favorite is the rude driver zipping by everyone in the long line of merging traffic in the left lane while he passes on the right and “dive bombs” in front of any car where there are even just a few inches of space. The length some drivers will go to just to get one car ahead is insane. My car horn has literally saved my life a hundred times. As a speeding driver is closing in and about to rear end my car doing 70, I have laid on the horn insuring attention from surrounding drivers including the speed demon. Instead of getting angry or losing control, I focus on what drivers around me are doing and anticipate what they may do next. Drivers change lanes cutting in front of other cars without signaling, roll through stop signs and apparently believe a yellow light means hurry up not slow down and prepare to stop. It is amazing how many people believe driving rules are for other people and don’t apply to them.

My approach was drastic in teaching my daughter the importance of complete attention to driving when behind the wheel of a car, however, it had the impact I wanted. To this day, my daughter has not been involved in any kind of car accident. She has been driving for several years and yes she drives with complete quiet.

There is nothing you can do about the careless or reckless driving of others on the road. It is your responsibility to drive like your life depends on it, because it does!